The NIHL National Owners group met again last week and are collectively very pleased with the progress being made towards the return to competitive action in September. A number of key topics were reviewed and we’d like to give you a short update.

Competing Teams
All ten teams have confirmed their intent to participate in the league in 2021/22. As you... 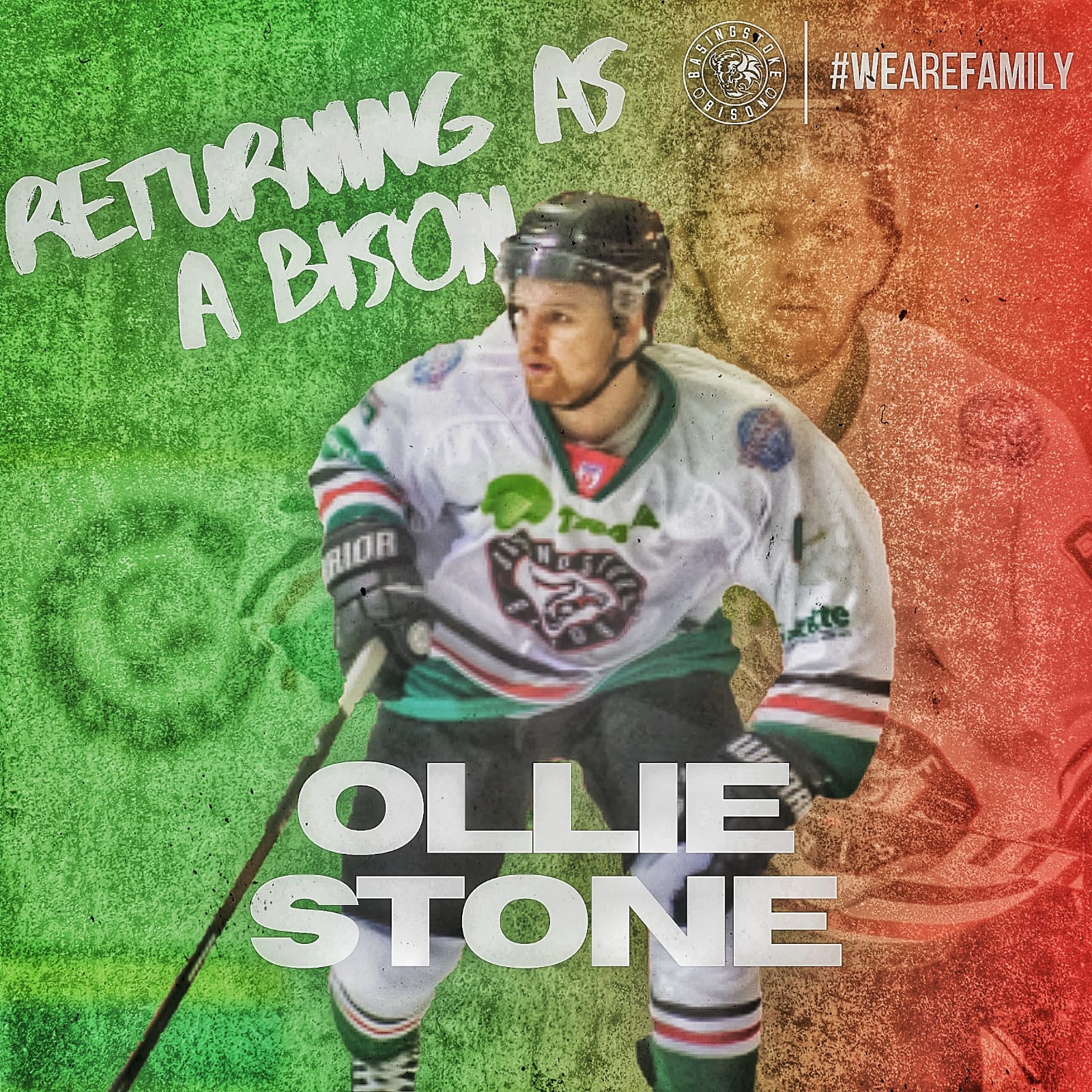 The Trane sponsored Basingstoke Bison are pleased to announce that Defenceman Oliver Stone will be back in a Herd jersey for a second term.

The “stay-at-home” defenceman returns to the Herd for a second season having last term iced in 46 games and scoring 9 assists whilst serving 22 minutes in penalties.

Swindon born defenceman Ollie is a product of the Okanagan Ice Hockey Academy based in Swindon and has also represented Great Britain at U18 and U20 age groups.

Prior to joining the Herd in 2019 / 20 Ollie had previously iced for the Milton Keynes Thunder as well as the Swindon Wildcats in both NIHL 1 & 2.

22-year-old, Ollie, who shoots left, is 5’10” tall and weighs 159 lbs, had this to say about returning to Basingstoke for a second season,

“I really enjoyed my first year in Basingstoke so when Ash got in contact about signing again I didn’t hesitate to say yes. I think we had a good thing going last season and I’m looking forward to building on it”.

“Oli was an ever present for us last season and logged a lot of minutes at different times through the year. I like the way the quietly gets on with things and i expect him to take on more responsibility and keep improving again this”.