Last week the NIHL National Owners Group met to agree the structure and timings for the upcoming 2021/22 season. Working on the basis that the government plans for bringing restrictions to an end broadly follow the published timetable we’re delighted to share that competitive fixtures will begin with a cup competition on 4th September 2021. 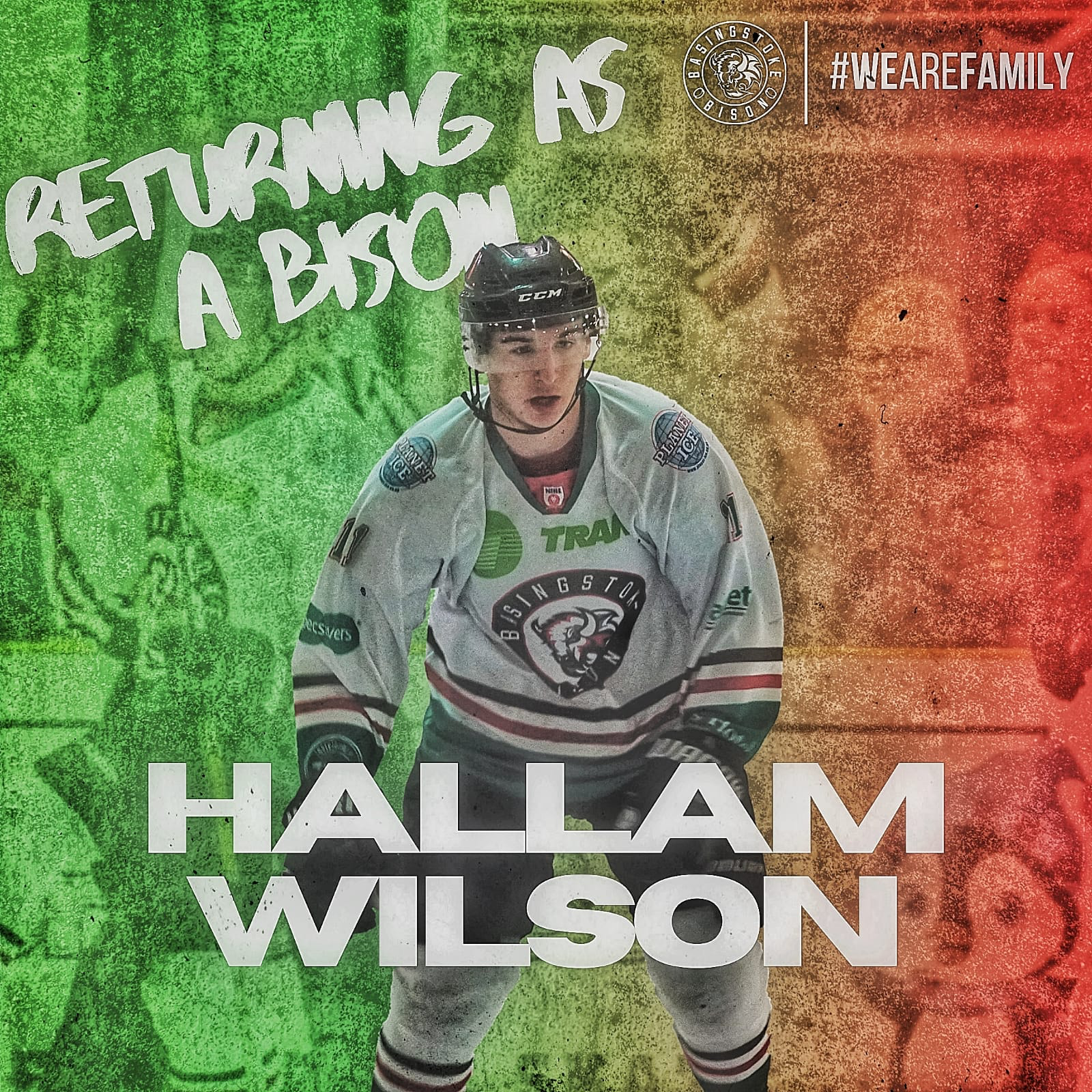 As exclusively revealed this morning in the Basingstoke Gazette, the Herd are pleased to confirm that forward Hallam Wilson will be donning a Bison jersey for a fourth term.

Born in Winchester, 22-year-old Hallam Wilson signs for the Herd having come through the ranks of the Basingstoke Junior Development programme. Wilson has played all his hockey out of the Basingstoke rink having iced for the junior age groups as well as the NIHL Buffalo with the exception of the 2016 – 17 season where he iced for the Oxford City Stars.

Altogether in a Bison uniform Hallam has iced in 130 games, scoring 17 goals with 14 assists and served 76 minutes in penalties.

Fan’s favourite Wilson who is 5’11” tall, weighs 168 lbs and shoots left-handed, had this to say about inking a new deal with the Herd,

“It’s great to be back with the boys, looking forward to pushing on and getting straight back to it. Hope to see all our noisy fans soon and push on for trophies”.

On Hallam’s return to the Herd for a fourth season Coach Tait commented,

“Halz is a guy who is team first, loves to be around and takes on whatever role he's asked to do. He thinks the game well and has the ability to step in wherever is needed””

Tonight (Thursday 13th August) at 7.30pm Hallam will be taking over the clubs official Instagram feed in another of our ever popular “Ask The” sessions.

So get your questions in to @bstokebisonofficial” ready for Halz to reply to.